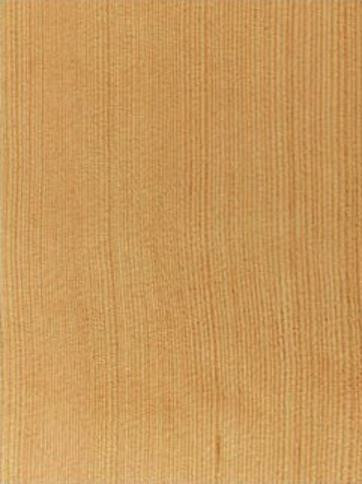 Pine Douglas Fir generally has a light yellow-brown color that eventually fades to a beautiful orange-yellow-brown upon exposure to light and air. From fast-growing, fairly young trees, the wood is more reddish and is therefore called red fir in the U.S., as opposed to yellow fir for fine, slow-growing wood that is more yellowish.

Because of its favorable strength properties and the large sizes in which it can be purchased, Pine Douglas Fir is suitable for many applications. In construction, both indoors and outdoors, such as windows and frames, doors (with sliced on quarter jambs and sills), clerestory floors (floors made of sliced on quarter boards), interior and exterior wainscoting, pergolas and fences. Heavy timber is used for load-bearing structures, among other things. Because Pine Douglas Fir is fairly resistant to acids, it is also used to make barrels and tanks for the chemical industry.